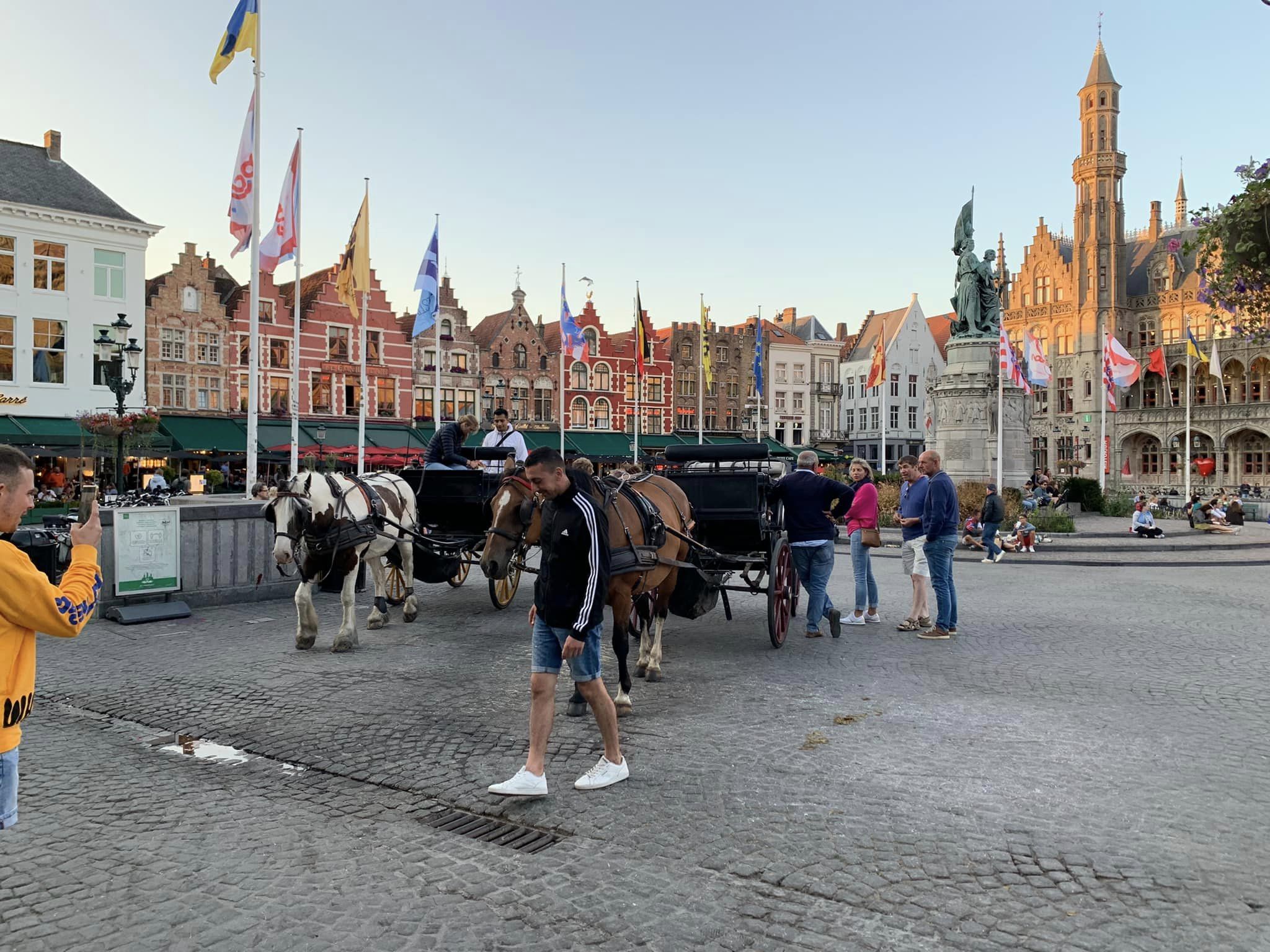 How This All Came About Clay’s son and his long-time girlfriend got married in August 2022. They took their honeymoon before the wedding and invited us along for part of it.  We joined them in London for a week, before traveling on our own to explore Bruges in Belgium and Amsterdam. While it might have seemed like an exaggeration at the time, we can now say that trip was life-changing. Thanks Gray and Chase!

We were in Bruges for an hour before I proclaimed it the most beautiful and friendliest city I’d ever been to. (As of January 2023, that is still true, though I suspect many of the cities on our itinerary will compete for that title).  After coming back from a run, Clay mentioned that we could live there. I was stunned – they actually let you live there? It’s true. You can buy a house and everything, and for a pretty reasonable price. Neither of us had  learned the lesson about not talking to strangers and our couple of days in Bruges resulted in many conversations about what a lovely city it truly is to live in.

Then we went on to the Netherlands, where we met up with some friends who had moved to Haarlem (a suburb outside of Amsterdam) from Reno. As we enjoyed a delicious dinner sitting in a restaurant on the side of a canal, they shared why they had made the move. I’m sure there weren’t prepared for all the questions we had for them, but they answered them all graciously.

I started working remotely in 1997 when my son was born. While I’ve gone back and forth in the 25 years since then, COVID proved to everyone that it could be done and that Zoom calls can be very effective. I knew I could continue to run my small advertising agency if my clients were on-board (which they are!), though Clay would need to find a new job. By the time we got home, we were talking seriously about moving to Bruges. We told our kids and some of our friends, who all nodded their heads knowingly, figuring we’d get over it as real life kicked in.

And the idea might have gone away, except that we knew if we were going to make a move like that we’d have to sell our house. By September 2022, the housing market was just starting its topsy-turvy wave so we knew we’d have to act fast to get as much equity out as possible. We contacted a REALTOR friend, Chris Barnes, who agreed with our assessment and we spent September through November getting rid of our things, while also putting our house on the market. In the middle of all this, we finally did some research and realized that you pay a hefty price to live in the most beautiful and friendliest city in the world — close to a 75% tax rate once you add it all up. Well, we knew that wasn’t going to work so we set our sites on our second favorite city — Haarlem. Their 50% tax rate was much more manageable and we already knew someone who lived there, so double bonus. Clay started his job search and I started looking for houses for sale.

A visit to our friends in Seattle gave us some insight into what we needed to know to live in a place that rains all the time. And that’s when I realized I didn’t want to live where it’s cold and rainy. I know, duh, but sometimes it takes awhile for the obvious to become obvious.

Then another friend suggested Portugal, which we’ve never been to. At this point, we caught up to what our friends were already thinking, and they were too polite to say. We were making a lifetime decision based on a couple of weeks of vacation.

SOMETIMES IT TAKES A WHILE FOR THE OBVIOUS TO BECOME OBVIOUS.

And that’s when we figured out we didn’t need to choose. So we decided to visit Portugal. And Italy. And France. And Spain. And Greece. And since we would be so close, I knew I needed to re-visit Istanbul with Clay, so he could experience the magic I had told him so much about. You can only stay in the European Union for 90 days as a tourist so we put together a five-month itinerary and looped in the U.K.

One of the best parts is that Clay’s boss at Reno Type agreed that he could stay on, as he already works remotely with many of his clients. So he gets to keep working for a place he loves.

We’ll go home to Reno in July as we’re both heavily involved with the Cordillera International Film Festival which takes place at the end of the month, and then we’ll travel around the U.S. and Mexico for the rest of the year.

After that? Who knows? There’s still South America and Africa and Australia and Asia and probably lots of other great places that start with A. There’s still much of Europe to explore and we’ve heard wonderful things about Iceland.

We might fall in love with a place and decide to settle down there, but I suspect we’ll decide to keep moving about. We’ll let you know when we know.