We originally met in a high school home economics class in the 80s, but Clay was a freshman and Jackie was a sophomore so we couldn’t possibly have dated then. We went our separate ways, both marrying and having amazing children through the decades. Then, through some miracle, we found our way back to each other in 2018, at the exact time we were both ready to reconnect.

We had a pandemic wedding in May 2020, with 12 people in person and 350 on Facebook Live. After spending most of the shutdown fixing up our house, we knew we needed to travel. After trips around the U.S, Mexico, Europe and the U.K., we realized we couldn’t possibly visit everywhere we wanted to by vacations alone. One of the good things about COVID is it let us know we could work from anywhere, so we decided to make this a lifestyle. 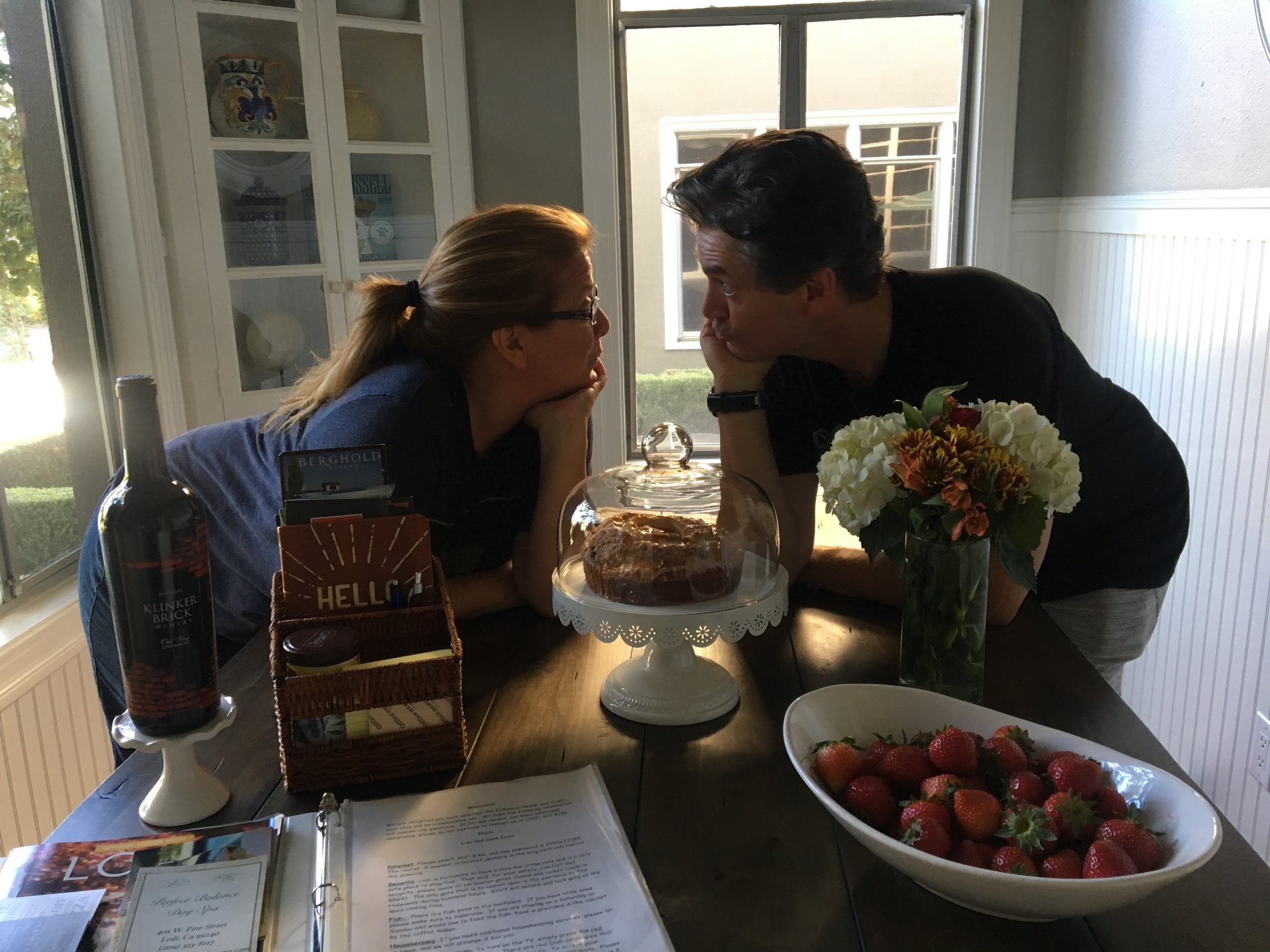 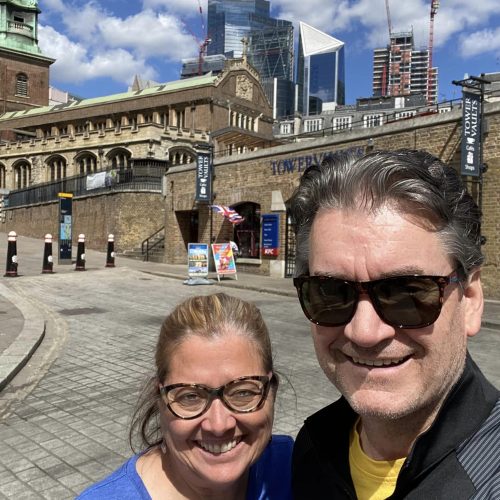 In late 2022, we sold our house, gave away our furniture and most of our belongings, and put the rest in a 10x10 storage shed. Now, instead of a mortgage, we pay for AirBNBs and traipse about the world. Jackie Shelton, APR, is a strategic communications veteran who, after 30 years still has a hard time focusing on one particular aspect, so she has stopped trying.

She has worked in all facets of communications from running three advertising agencies (two of her own) to publishing two of the Northern Nevada region’s premier publications, RLife and Family Pulse. In addition to her magazine work, she has been published in Chicken Soup for the Soul (twice!) and 365 Scary Stories, a Barnes & Noble anthology.

She discovered a new love for screenwriting in 2018, and has since written several award-winning screenplays and completed her first short film, Lost in Memories, in 2021.

While running Jax Marketing & Communications, she has also worked for other companies, including another full-service agency and a national publicly traded blue-collar staffing company. She has also helped communicate the importance of renewable energy for her family’s business, Rattler Energy, which represents the Total Flow Generator, a machine that converts waste energy into fuel-free green energy.

Jackie graduated from the University of Nevada, Reno with a degree in journalism in 1987, she earned her accreditation in public relations (APR) in 2016 and she served on the board of directors for the local PRSA chapter.

She just finished her term as chair of the newly formed Northern Nevada Marches Forward, which puts on the annual Reno Women’s March. She also serves on the board of the Cordillera International Film Festival.

She has served on the NCET and WIN boards, as well as the local, regional and national board of the American Advertising Federation, and numerous local/regional non-profit and professional organizations. As an experienced sales and marketing professional, Clay has worked with advertisers and marketers to find unique solutions to their business challenges. His insight informs clients’ choices across several mediums, including direct mail, print, branded merchandise and digital advertising.

Clay is also the VP of Sales for Reno Type, a direct mail, print and promo company. Before joining Reno Type, he worked in senior management positions for two nationally ranked branded merchandise companies, AIA Corporation and Staples Promotional Products. He earned his Certified Advertising Specialist certification from PPAI in 2021.

Recently, Clay and his fabulous partner, Jackie Shelton, delved into filmmaking, making their first short film, Lost in Memories, written and directed by Jackie. They have collaborated on several other scripts and look forward to making more films soon. He is also working on a musical based on the music of Journey.

He serves on the American Marketing Association (Reno-Tahoe AMA) and WIN boards.